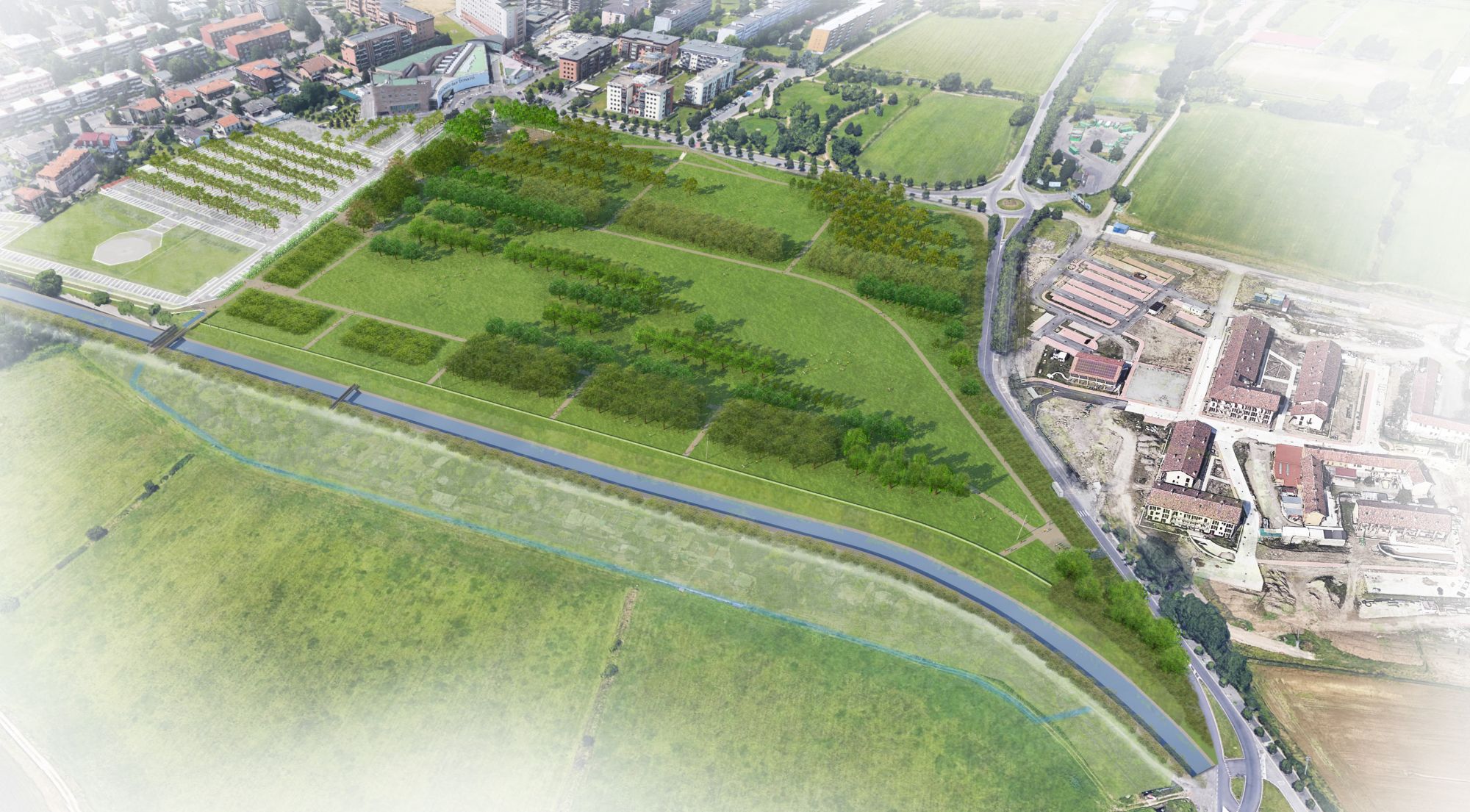 The landmark of the ‘Rabbits Park’ is actually… a hare! One of the designer’s tasks is to understand the place where he or she intervenes, to discover its genius loci […]. Once we would have called it its tutelary deity, a spiritual entity to respect and venerate. A way of seeing that, perhaps, we are recovering in some way, if we consider today’s attention to the environment.

Parco dei Conigli, which means ‘Rabbits Park’, in San Donato Milanese, is called after the local wildlife and its traditional association with the positive concepts of rebirth, spring and resilience.

Under construction, the new park will rise along the renowned and expanding Polyclinic in the southeast area of the Metropolitan City of Milan. The plot has been left over both from agricultural and from urban dynamics, after a solid rural background. With the aim to give back to the community this piece of land, landscape designers Massimo Semola and Valerio Cozzi went in search of the traces left by its agricultural heritage. Signs that are sometimes still visible from the ground, sometimes with aerial photos or by studying the archives.

The landscape project recovers the forgotten country gravel lanes, by now reduced to thin tracks, transforming them into comfortable cycle and pedestrian paths. The new trails allow to explore the park in long tours, to cross it straight from one end to the other. The South Milan Agricultural Park will also be a comfortable ride from the city centre.

In addition to the connection of the Parco dei Conigli with the greenways of the area, the rebirth of the place is entrusted to the growth of a quality environment. To support biodiversity and to reinforce the ecological corridor represented by the dismissed irrigation ditch ‘Roggia Cavenaga’, vegetation is pivotal. That’s why the project recovers, integrates or replaces – when invasive or compromised – the unkempt vegetation. Plant species will be native or edible fruit, tree and shrub species such as Acer campestre, Carpinus betulus, Corylus avellana, Euonymus europaeus, Malus sylvestris, Prunus spinosa, Quercus robur, Tilia cordata. The intent is to expand the birds’ and small mammals ’areal of the near South Milan Agricultural Park.

The project of the Parco dei Conigli takes up the linearity of the rural landscape that characterized the area before urban expansion, in the 1950s. Tree species, location and density comply with the requirements of the hospital heliport and Linate airport.

A forested strip frames the central wide meadow, while tree rows foster the visual exploration through long, obstacle-free perspectives. Playgrounds and picnic areas, all next to the city edge, will introduce people to the wider wonder that is nature.

Construction works, started in September 2021 by the San Donato Group to compensate for the extension of the Polyclinic, will redevelop an area of ​​about 90 thousand square meters.